The 2018 Tulbagh Gold Medal Show broke all records and was enjoyed by all. The Breed and Harness Judge Elizabeth Russell of the Gartconnel Stud in Scotland was impressed by the level of entries and was overwhelmed by the 66 ponies forward in the Senior Stallion Single Harness Class, which, because of the entries, had to be held in three heats with a final to decide those going forward to the Supreme which was won by Hansu Express with Lanika Spirit in reserve. Interestingly, it was these two ponies which were also placed Supreme and Reserve in the In-Hand Breed Classes. We congratulate all participants on the contribution you all made to make this the best and most enjoyable show. 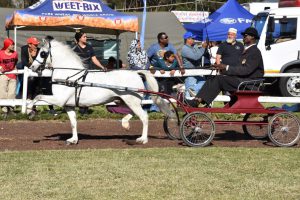 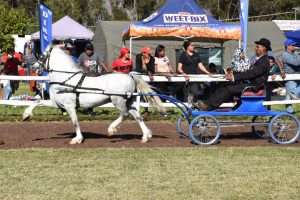 Lanika Spirit, the Reserve Supreme in the Single Harness